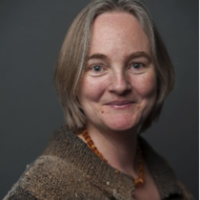 Dr. Hester Volten has been working as an air quality scientist at the National Institute of Public Health and the Environment (RIVM) in the Netherlands since 2006. She holds a PhD in Astrophysics; her experimental results on light scattering properties of fine dust particles can be found in the Amsterdam-Granada Light Scattering Database. At the RIVM see has worked on LIDAR measurements of aerosols and NO2 profiles and on the testing and developing of instruments to monitor air quality.